The Steering Committee and volunteers of Operation God Bless America, would like to express our deepest sympathies to the family and friends of the Brothers and Sisters we’ve lost. 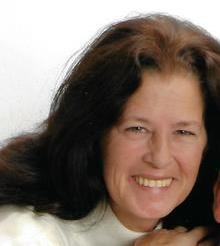 Susan Marie Rankin, 57, of Inwood, passed away on Thursday, April 6, 2017 at the Berkeley Medical Center.
Born February 29, 1960 in Detroit, MI she is the daughter of Noel Scott, Sr. of Melvindale, MI and the late Norma Jean Kellems Scott.
She was a charter member of American Legion Riders Chapter #14.
In addition to her father, she is survived by her husband, Theo Chambers; three sons, Raymond E. Quiroz and wife, Victoria, Jason W. Marshall and wife, Erin, Gary W. Marshall, Jr. and wife, Samantha; two step-sons, Seann Chambers and wife, Jen, Shannon Chambers and wife, Beth; twelve grandchildren; two brothers, Noel Dean Scott II and Ralph Scott; one sister, Geri Mattocks; and beloved family friend, Geraldine Petty.
Family will receive friends on Sunday, April 9, 2017 from 6:00PM to 8:00PM at the Brown Funeral Home with an Eastern Star service at 5:30PM and a Jackson-Perks American Legion Auxiliary #71 memorial service at 5:45PM.
Funeral service will be held on Monday, April 10, 2017 at 1:00PM with The Rev. Debra McKune officiating at the Falling Waters Presbyterian Church. Interment will be in the Falling Waters Presbyterian Church Cemetery at Spring Mills. 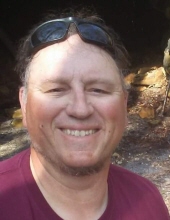 Edward J. Keefer, 57, of McConnellsburg, passed away on Saturday December 9, 2017 at the Chambersburg Hospital. Ed was born January 12, 1960 in McConnellsburg, PA,
Son of the late Wilbert Keefer and the late Elva (Johnson) Horst. He married Lori A. Dorsey on January 3, 2006 in McConnellsburg, PA. Ed was a graduate of Central Fulton School District and attended Penn State. He was employed by Volvo Hagerstown Md. as an assembly line technician. He had a love of his family farm and the outdoors. He was an avid reader, hunter and fisherman, as well as being a member of the NRA. Ed also had a passion for motorcycles. He was Life Member of ABATE and very active in the Keystone chapter at the local and state level. He was also a member and officer of Operation God Bless America and charter member of Tuscarora Motorcycle club.

It is with great sadness that the OGBA team has lost another steering committee member, Ricky Bricker. Rick supported the team as a rep. for ABATE. Sending prayers to Rick’s family and friends. Rick – may you rest in peace and ride forever!! Ricky Lee Bricker, age 60, of Greencastle, PA, passed away on Saturday, February 8, 2020, at the Chambersburg Hospital. Born January 24, 1960, in Waynesboro, PA, he was the son of Nancy Lee Shackelford Bricker and the late Harry Richard “Dick” Bricker. (read obituary)